Top Posts
Luckily-unlucky – we made the right decision
(Not) a Bonneville update :-(
KillaJoule & KillaCycle at Petersen Automotive Museum, LA
Green Envy heading to Bonneville!
Speed Week in Australia cancelled due to flooding...
TEDxUoA :-)
Lockdown luck? And some badass female racers! :-D
Green Envy is not coming to Lake Gairdner...
Green Envy has arrived in Australia! :-D
Successful testing at the 1/4 mile dragstrip!
Home Blog Luckily-unlucky – we made the right decision

Luckily-unlucky – we made the right decision 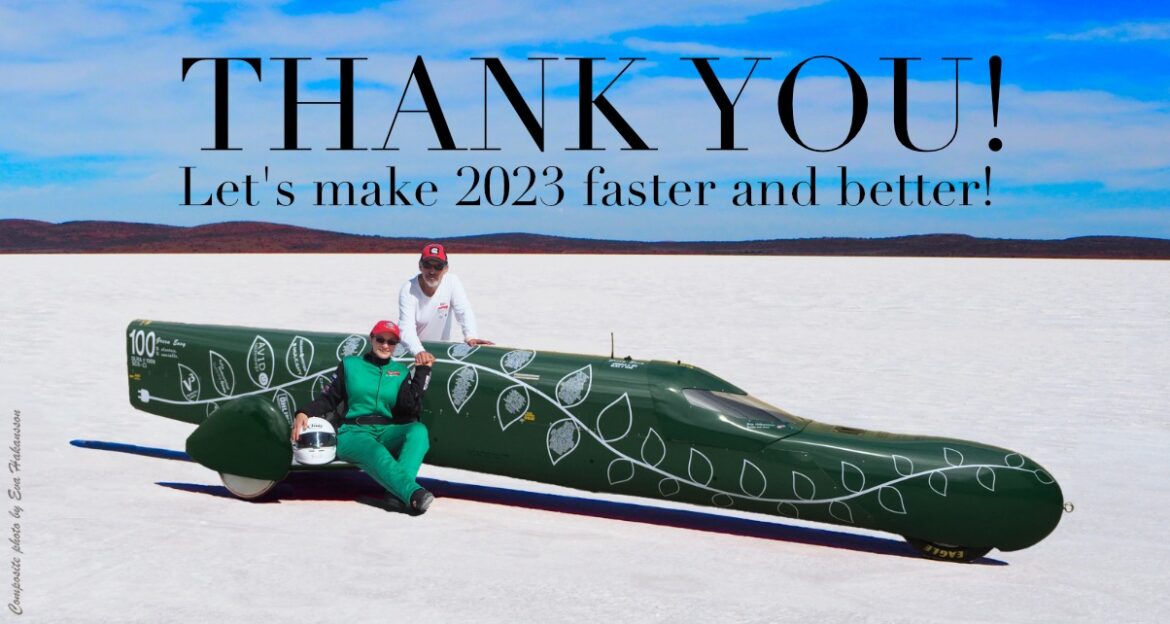 Posted 14 Aug, 2022.
Bonneville Speed Trials are cancelled due to flooding; keeping the Green Envy in Australia turned out to be the right decision

As you know, our plan was to race the Green Envy at Bonneville this year, but due to the international shipping mess we simple couldn’t get the bike from Australia to the USA on time. We decided to throw in the towel, and keep the Green Envy in Australia for the DLRA Speed Week in March 2023.

Well, that forced decision turned out to be a good decision – it was just announced that Bonneville Motorcycle Speed Trials , scheduled to start in just a couple of weeks, are being cancelled due to the recent flooding of the salt flats.

We have full sympathy with all the other racers aiming for Bonneville this year, and particularly the international teams such as the Afflick Land Speed Racing Team that actually made it to the USA, and now can’t race. We feel your pain!